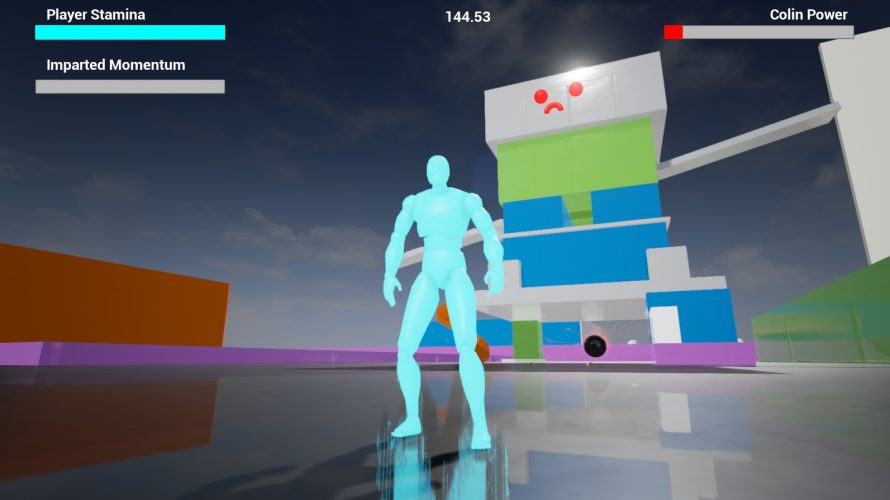 Assignment to apply techniques learnt in AI and physics programming to a game created in UE4. Chosen design inspired by the combination of AI and Physics in Shadow of the Colossus, in which colossi move parts of their bodies to throw the player off using momentum.

Implemented a platformer in which players complete a tutorial area where they learn how to use momentum to traverse obstacles, before attempting to climb a robot colossus and reach a button on its head, which wins the game. Colin (the colossus) makes use of a behaviour tree and a navmesh in order to fulfill his goals.