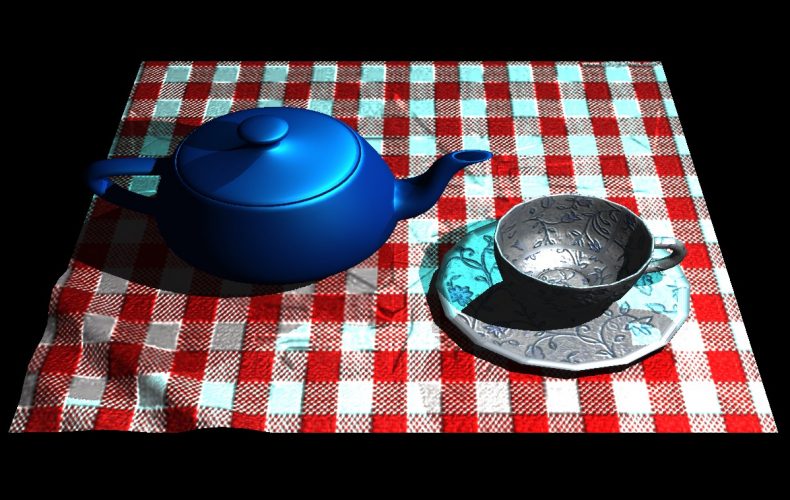 University Project: Create a renderer using Direct3D and C++. Include objects with complex geometries to demonstrate the robustness of the renderer. The project had to include at least 2 point light sources, idle animation on lights or objects, concave objects and objects with holes.